Donald Trump's Real Birth Certificate Reveals He Is A Foreigner 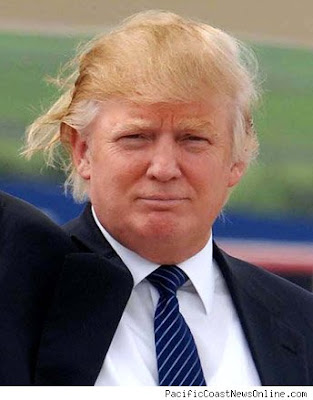 Trump was born in South Africa. His father was there on business (buying diamonds) and conceived Trump with a woman he met there. You can see her Dutch genes in Trump, the light reddish hair and very fair skin is Low Country Dutch. Donald Trump was raised in Cape Town according to strict Dutch customs which are very socialistic. (This is where he developed his great relationship with "the blacks.")

When Trump was fifteen he was brought to New York by his father. Trump never talked about his South African background for fear of reprisals by Americans who hated apartheid.

Two years ago, when Obama was elected, Trump decided to run for president. He spent three and a half million dollars over two years manufacturing an American birth certificate, bribed doctors and nurses to say they had been present at his birth, and even hiring for life a troupe of actors to play his childhood American friends, college classmates and professors, etc. He has a staff dedicated to manufacturing articles about his "life" in America, etc. He is hoping to become President of the United States, beef up its military by cutting off all unemployment funds, and finally invade South Africa and reinstate apartheid so his elderly mother can go to the beach without a gun.

We have to get this information out before Trump gets into the presidential race and we face the prospect of having a South African Boer, with loyalties to all the Boers in the world, using our military to reinstate apartheid in South Africa just so his old Dutch mother can go swimming without worrying about leaving her wallet and house keys on her beach blanket.

Watch for the facts to begin to come out soon. 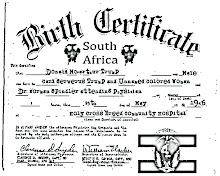 The only surviving copy of the real birth certificate

The Truth About TRUMP Will Emerge